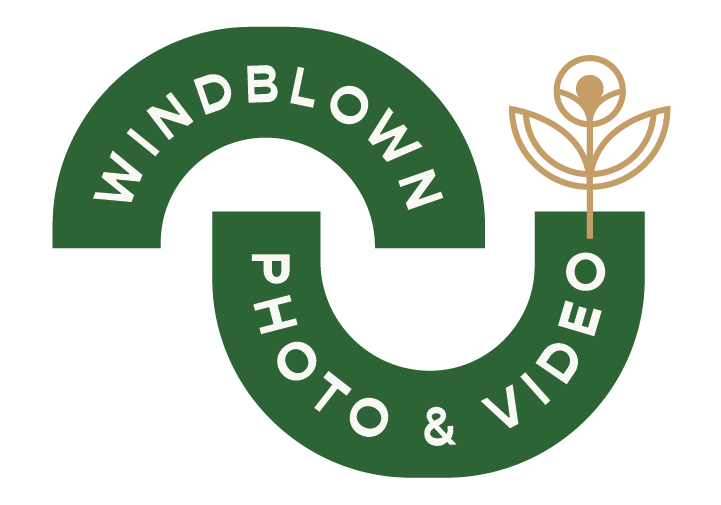 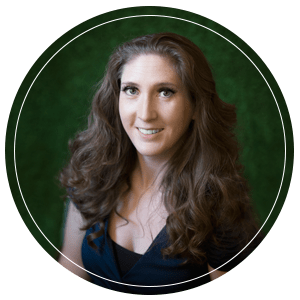 If you’re a follower of the blog, these two probably look familiar. You saw their engagement shoot in Chuatauqua a few falls ago, their amazing picnic brunch bridal shoot in Rocky Mountain National Park last year, and even more recently as a part of Jordan and Scott’s Hawaii wedding bridal party. You’d think they’d be tired of us, right? Well, it seems not. And I’m so dang thankful. They even seemed as excited to see us as we were to see them every time we ran into them over the course of our week on the big island! (Their photos from Volcanoes National Park were way better than ours, btw.)

Taylor and Anthony took full advantage of our time together to schedule some Hawaii anniversary photos. The best part of taking their photos (besdies just hanging out with them because they are THE COOLEST) was that they were totally comfortable with us and knew exactly what to expect. They knew that a photo shoot with us is fun, just a tiny bit crazy, and probably a whole lotta goofy. They trusted us to make beautiful photos for them, even when we asked them to do crazy things. And they also knew it’s okay, even ENCOURAGED, to make crazy suggestions of their own.

I truly felt like I won the lottery when Taylor suggested a session with them after Jordan and Scott booked us for their wedding. My second or third thought when I see a beautiful place after “Wow, this is amazing,” is “I wish I had an in-love couple to put right there for a photo.” It doesn’t get more in love than Taylor and Anthony and it doesn’t get any more beautiful than a Hawaiian beach. Except maybe a Hawaiian waterfall. Thanks for making my dreams come true guys. 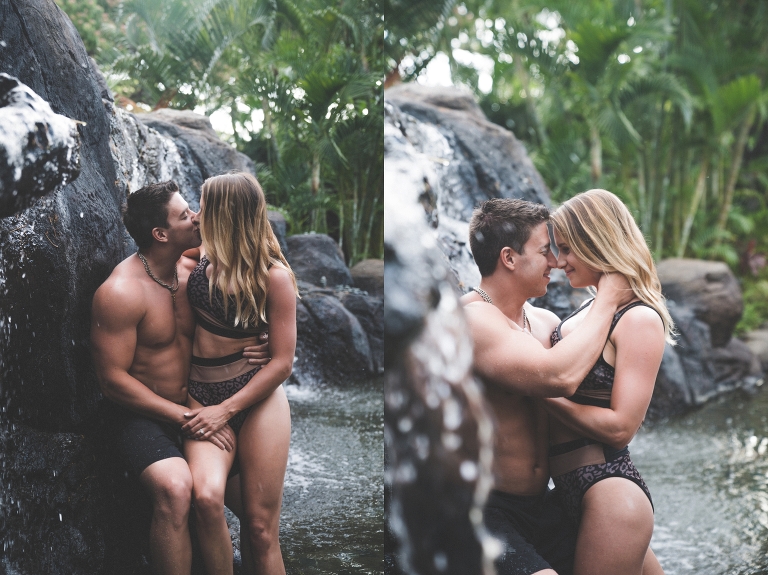 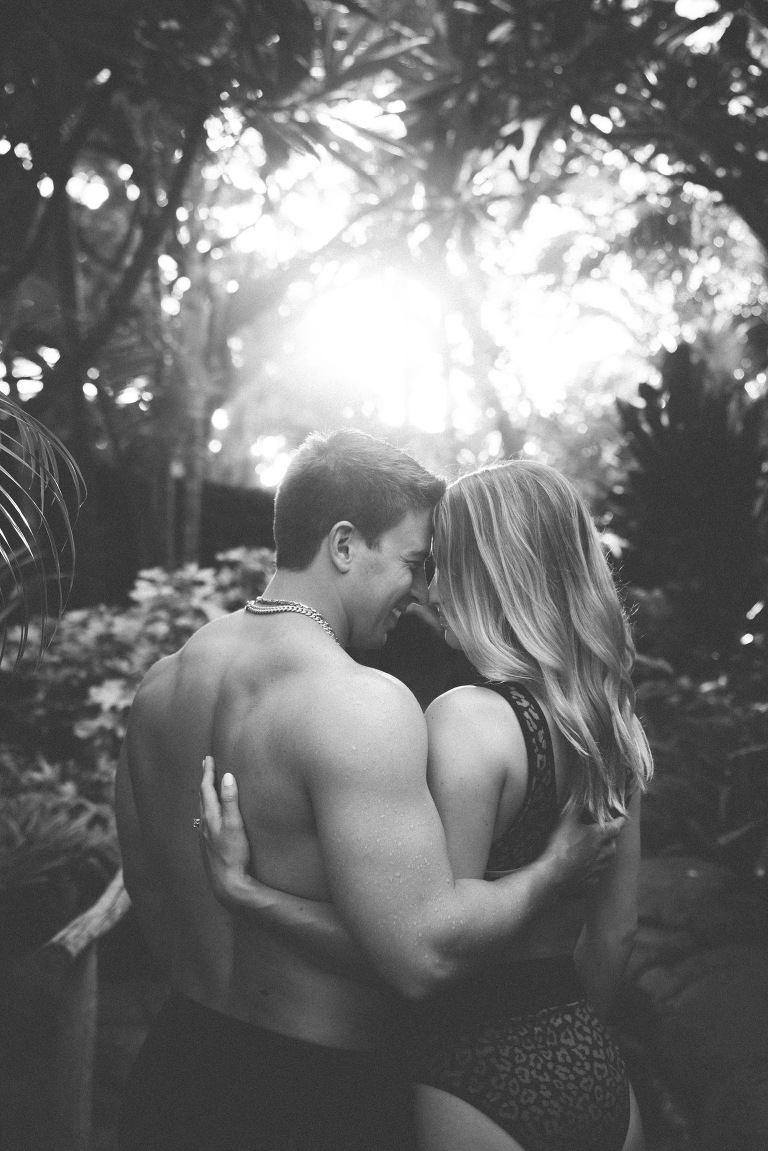 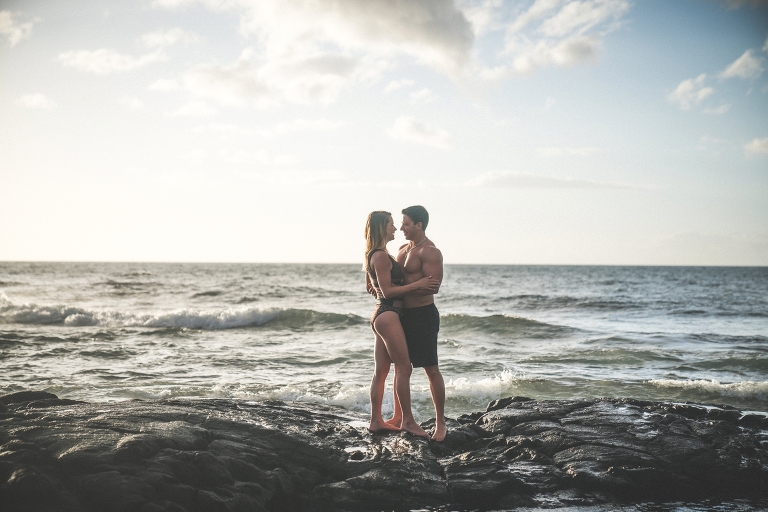 Not included in this blog post is the photo that came immediately after this one of the face Anthony made when the ocean spray hit him in the butt. It’s totally going in their gallery though. Too too good. 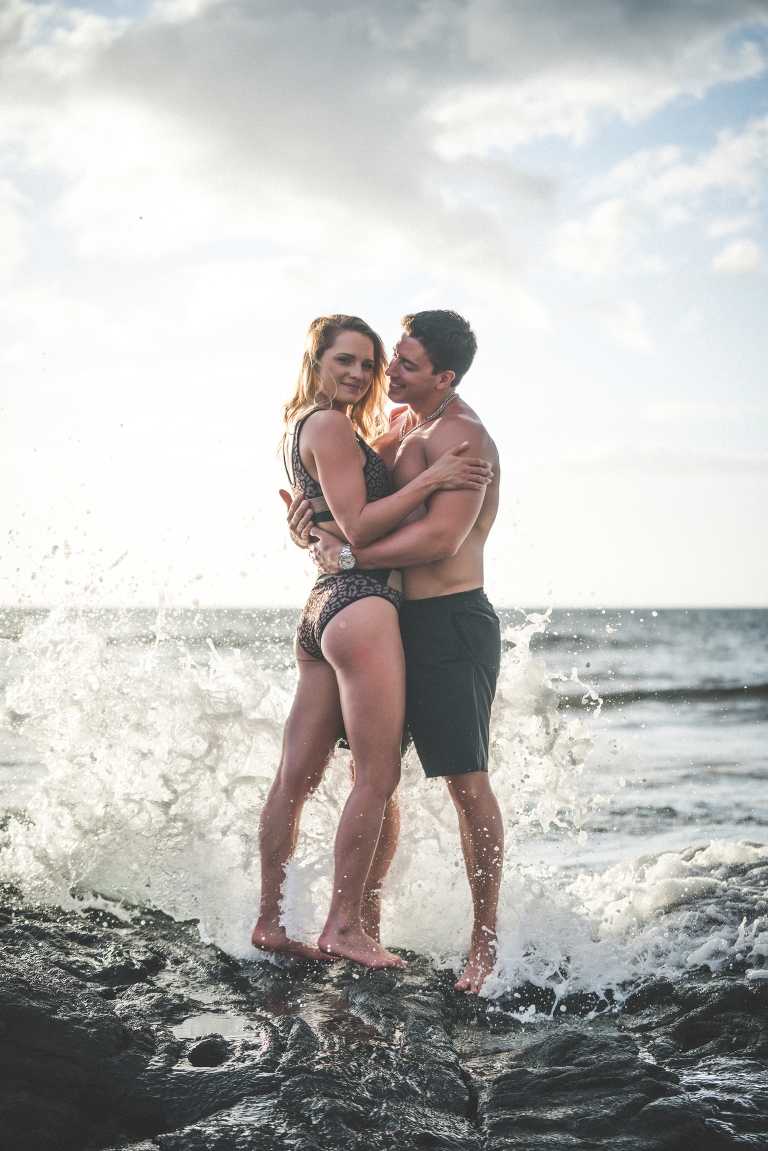 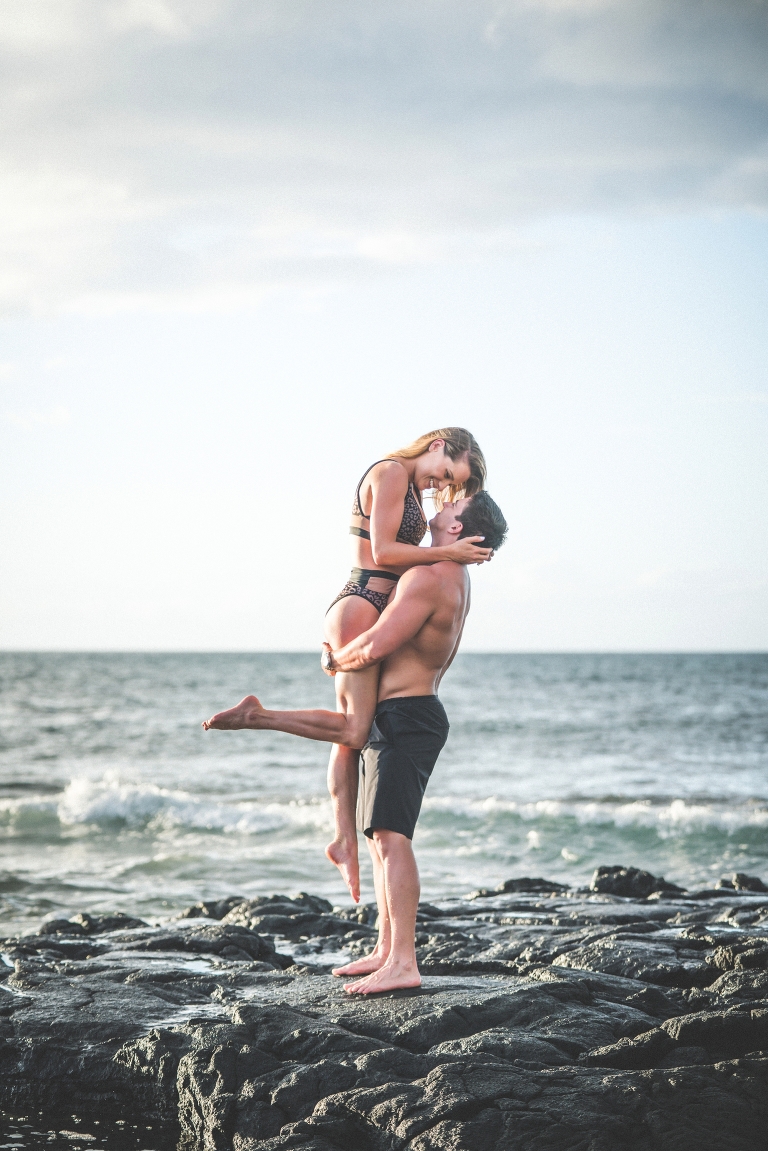 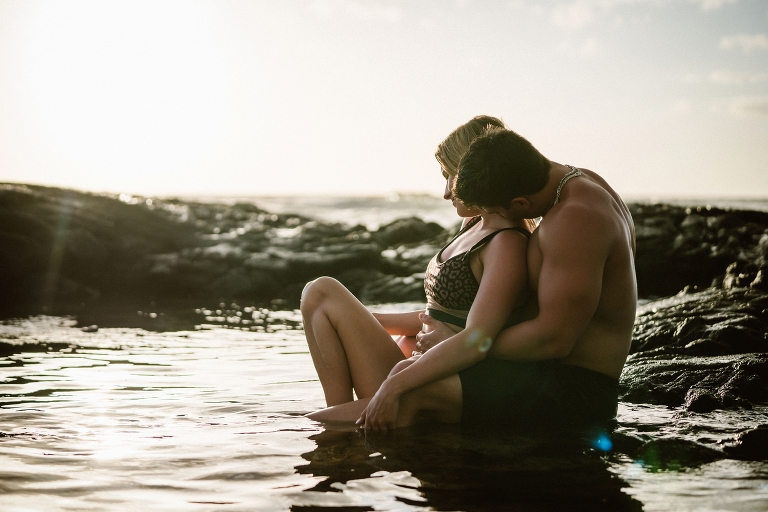 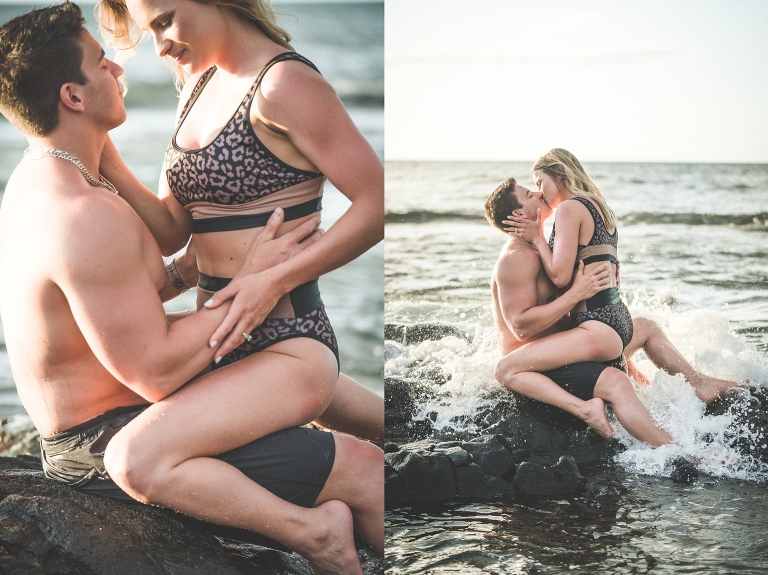 Here is an awesome example of some craziness that came from Taylor and Anthony themselves. I’m pretty sure mostly Anthony.

“Oh you wanna pick her up? That’s cool, I love it! Just don’t drop her. I said DON’T DROP HER!!!! Okay I’m just gonna take some more pictures while you help her up.” 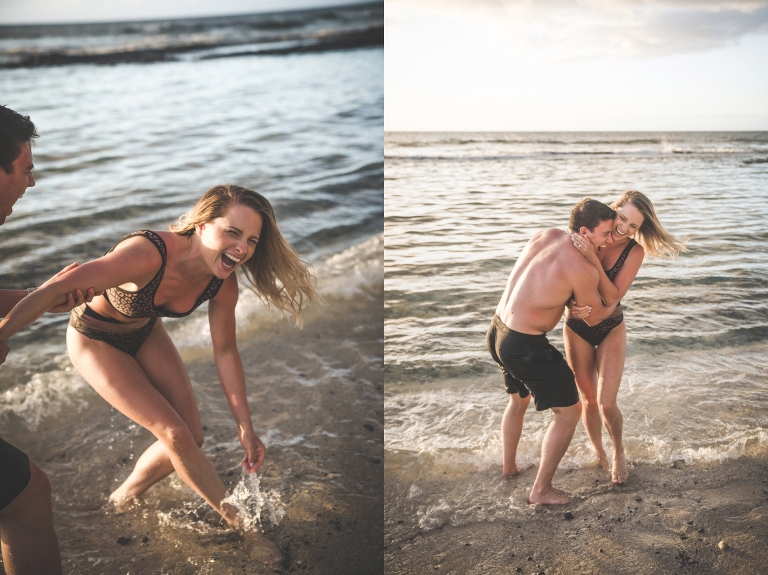 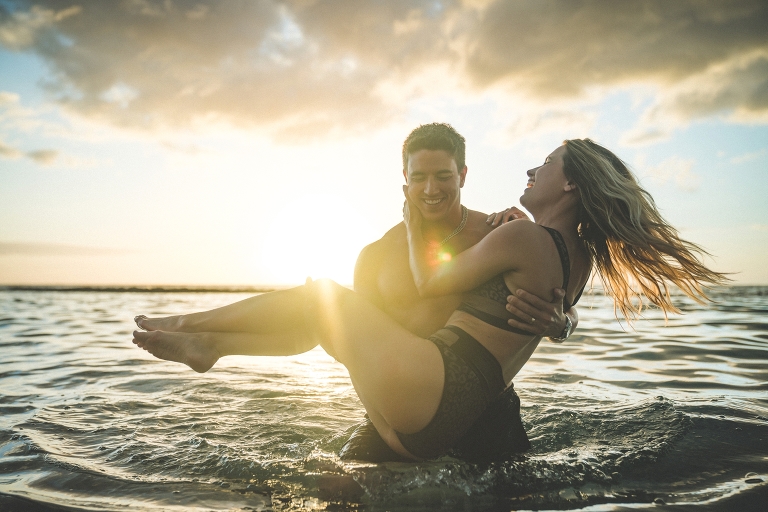 And here we have arrived at my craziest suggestion of the evening.

“I want you guys to swim alllllll the way out to that wall and stand on it. You can do whatever you want, I won’t be able to direct you obviously. I’ll be too far away and you won’t be able to hear me over the waves anyway. Just stand together, hold hands, kiss, dance, but DON’T HURT YOURSELVES. Swim back when you’ve had enough.”

Naturally, they totally killed it. 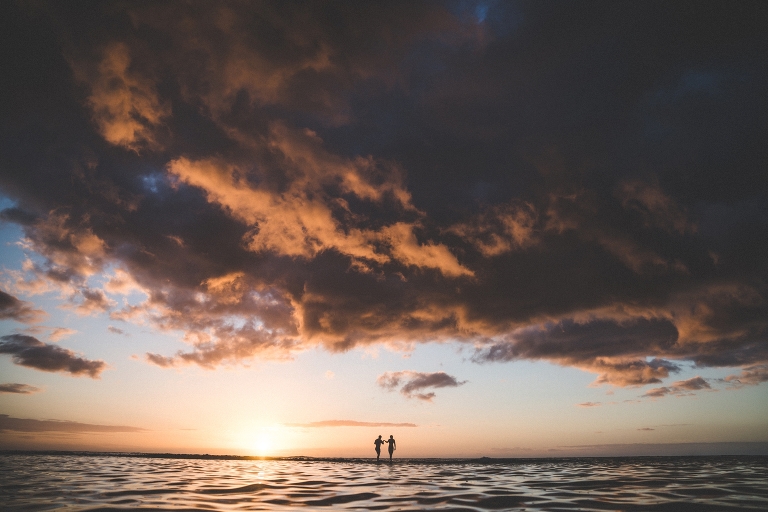 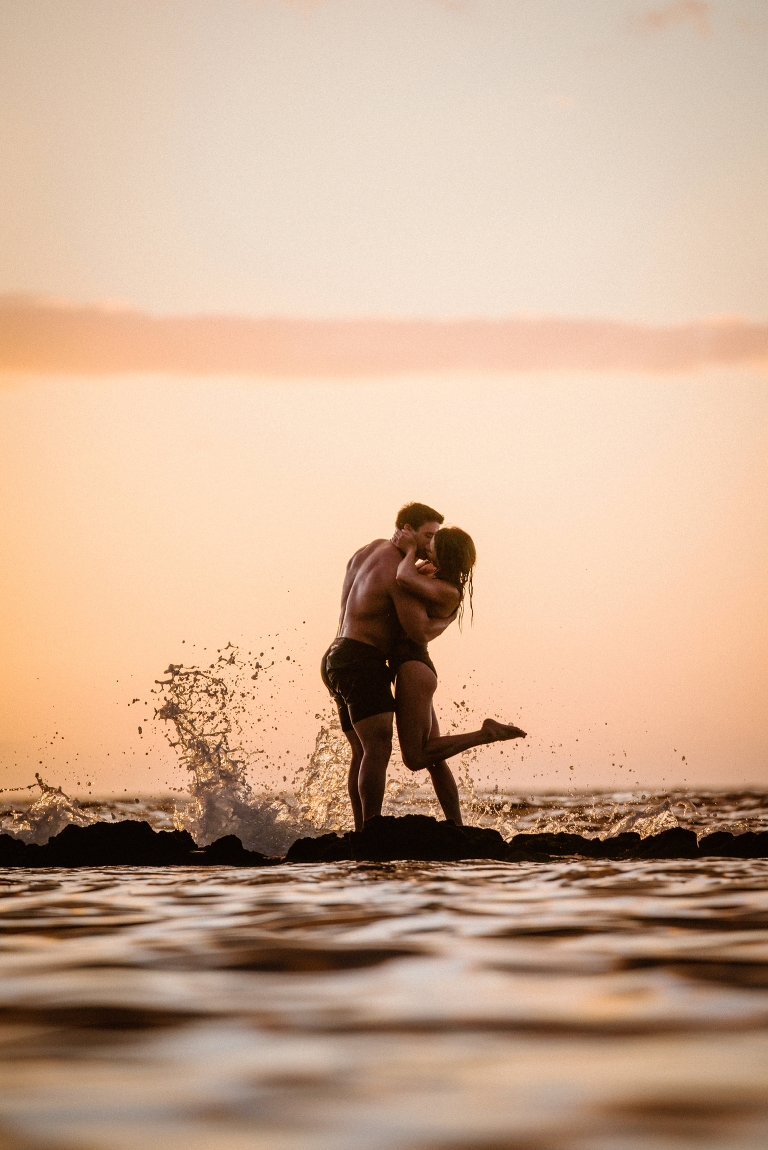 I’m seriously considering just taking these two on all of our vacations so they can be my subjects whenever I see something pretty. Taylor and Anthony, in all seriousness, thank you so SO much for working with us and trusting us to take care of not only you, but of your wonderful family. It means more than I could ever say. Happy happy first year of marriage, and many happy returns! 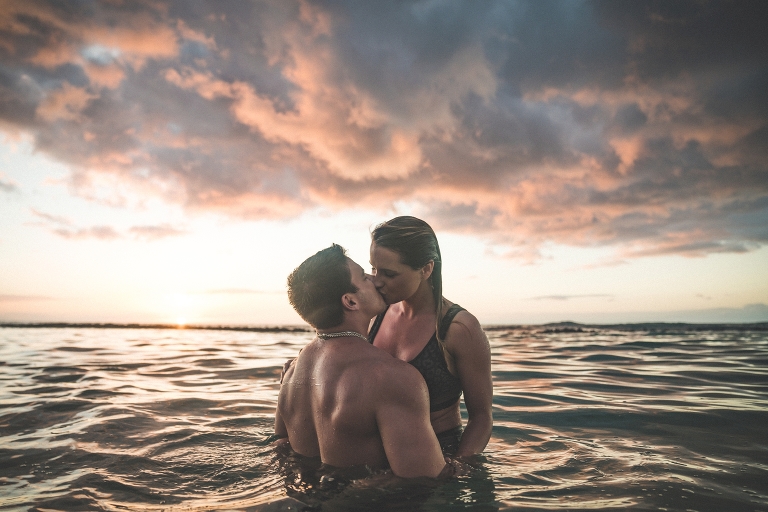